Well there's only 4 weeks to go to the big day, hope your planning is going well, hopefully the contents of your November goodie box has helped you make some festive items. 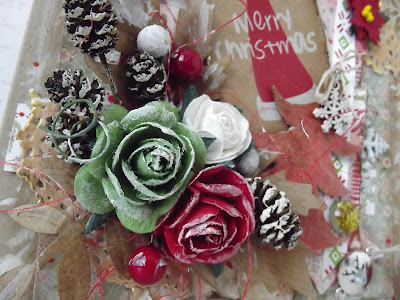 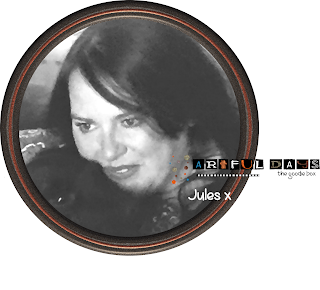 Here's a card from me, oh and a really rare photo, but I though it was time you saw the face behind the box so to speak lol xx

I love layers, but they can be hard to achieve, hopefully this step by step will help. 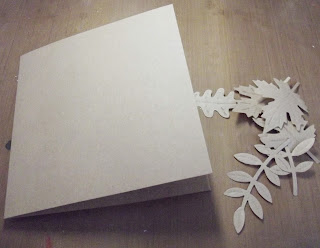 I started with one of the kraft card blanks for the box, and used some of the brown wrapping paper to die cut some leaves. Don't waste the packaging EVERYTHING can be reused, even the backing cards (we will have something on that in the future) 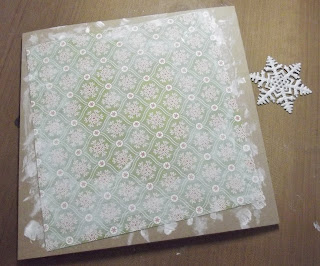 I took one of the Echo park papers and stuck to the card as the first layer, then used Prima white Gesso over the top and around the card edges, 2nd layer. I also costed one of the large bronze snowflakes with 2 coats of gesso and this will be cut in half later. 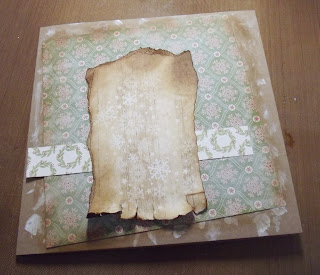 Next I ripped a sheet of the paper and rolled at the bottom tearing as I went, then inked and added an off cut of the 1st layer and as these paper are double sided, just turned over. I also linked around the edges3rd and 4th layer. 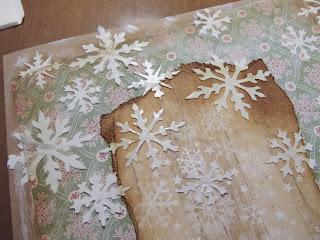 I used some Prima modelling paste and a Dylusions snowflake stencil to add the 5th layer, as i used distress ink the paste will take on some colour and fade into the background more when dry. 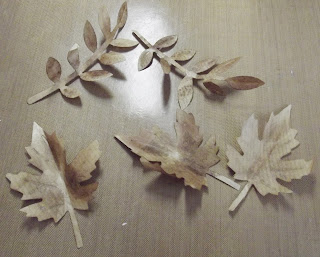 I inked the leaves 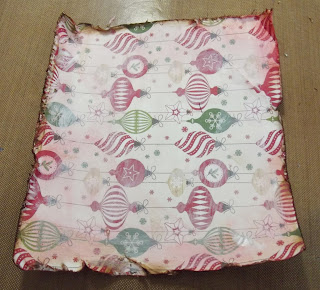 Another piece of the papers, distressed around the edges with scissors, painted with gesso and inked this will be the 6th layer 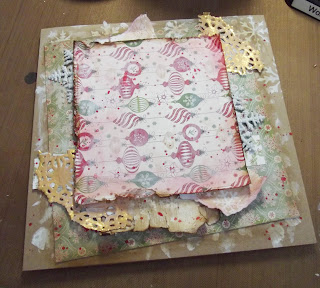 Before I stuck that layer down I added the halves of the snowflake charm, some inked ripped pieces and some torn gold dollies, these were too bright so they were toned done again with gesso. This all added 3 more layers. I also splattered everything with red paint. 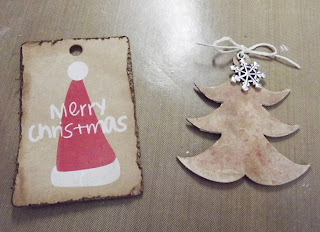 Next I worked on my focal points, using one of the Christmas tags, again distressed the edges and inked, I also added more gesso around the sides, after this phot I decided to add some ribbon attached with a stapler. The tree was inked, splattered with red paint and then more red ink over the top. I added one one the snowflake charms with some twine.

First I added a strip of ribbon at the side and then one of the poinsettia and cut of the white string.

Then it is was a case of building up the floral arrangement. I included a generous amount of red sissal to the box, this stuff goes a long way and is a great way of adding more texture, you can paint it as well to change the colour. Its best stuck with a 3D gel, but glue works as well you just need to keep it held down for a while.

I painted a couple of berries and coated the flowers with yep you guessed it white gesso :) 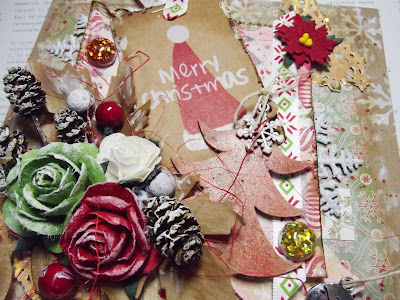 The last layers were to add the tag and tree, the reindeer ribbon slider and 2 of the sparkle gems. 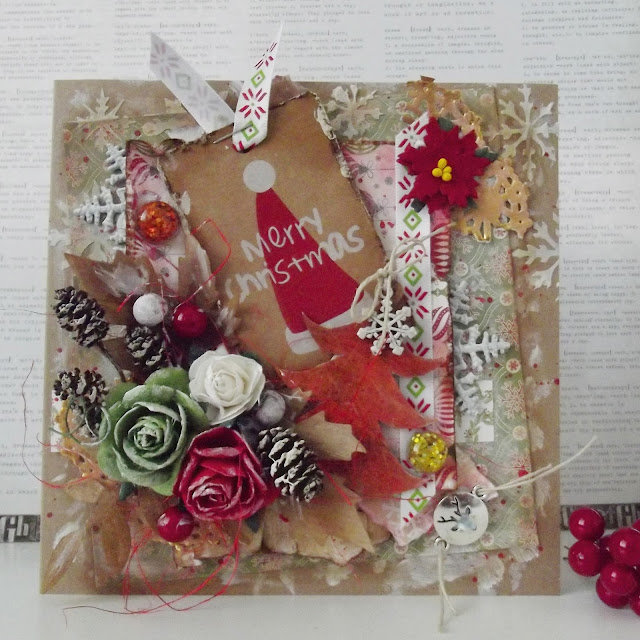 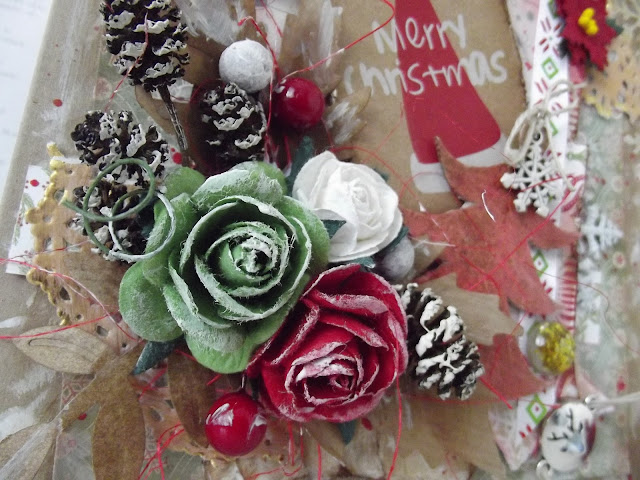 I love rustic looking Christmas cards, and I hope you like it too.

Thanks for looking, would love you to leave a comment

The December box was released yesterday and it available to pre-order now, I have discounted the cost and added extra items to get into the spirit of the festive and sale season. 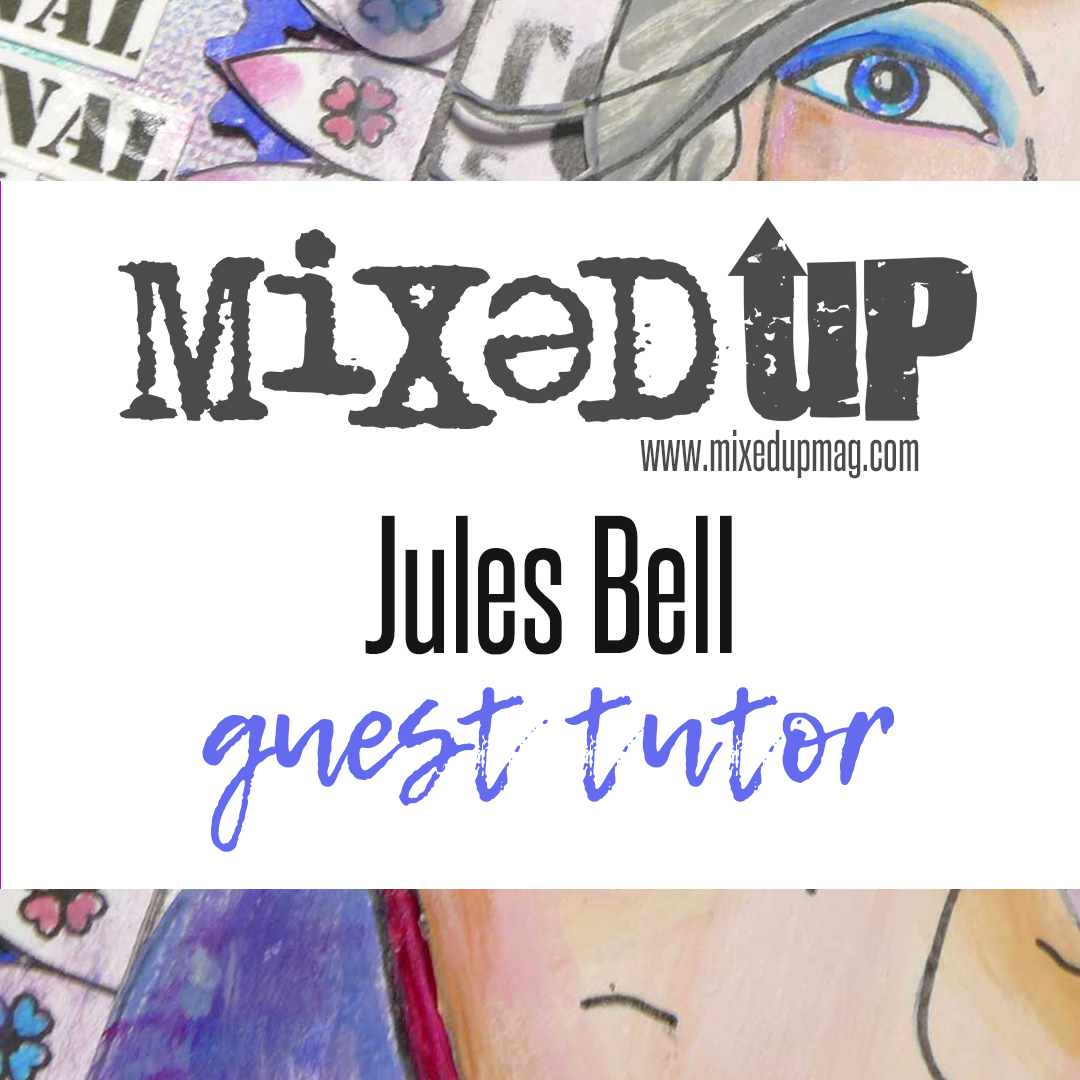